This is in the Shinto religion of Japan are water spirits that pull children into the water to drown them and also attacks travellers. The Kappa is unable to live on the land for long. It is essential that they must keep their head wet. They are described as having long hair, the body of a tortoise, scaly limbs and an ape-like face. Their diet consists of cucumber and blood and they can fly on enchanted cucumbers which sprout wings like dragonflies. 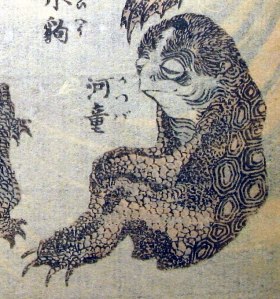 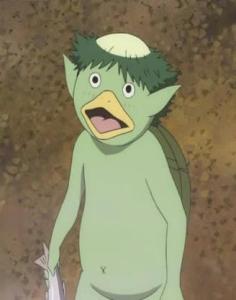