Manat also was known as Menat or Manathu origin is Arabia. Manat is among the three pre-Islamic goddesses mentioned in the Koran. Less information about her survives than about her compatriots Allat and Al-Uzza. Manat is a spirit of destiny and fortune, whether good or bad. The Greeks identified her with Tyche. Manat shrine, located between Mecca and Medina, was found by order of the Prophet Muhammed. Manat manifests as a large black uncut stone. 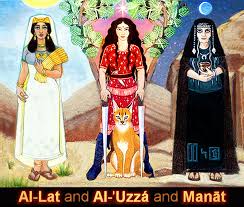 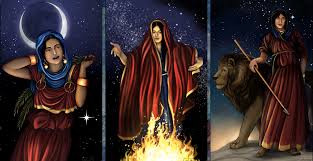