In the Basque folklore, the Herren-Surge is a snake that has seven heads and has the ability to fly in the air without wings. The Herren-Surge lives underground and eats unattended herds of animals. 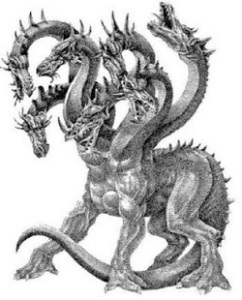