The Havfrue is the female version of the Havmand that is told in the Danish folk legends. The Havfrue comb it long golden hair. Similar to the Harfine of Norway the Havfrue herds the waves to shore as her cattle, trying to get them to graze upon the dunes. The birth of Christian IV of Demark had prophesized by a Havfrue who had the ability to see into the future. There is a statue of a Havfrue in Copenhagen based upon the ‘The Little Mermaid’ that features in Han Christian Andersen story. The Little Mermaid’s duty was that of a typical Havfrue to bring the prince and his crew to the bottom of the sea but she chose not to let the die. 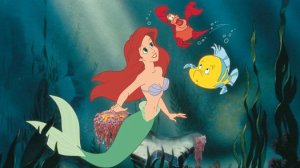