This is a gigantic female ogre from the legends of Japan. The Kojin has thousands of arms that are used to crush her victims to death. She enjoys killing and eating children. But she turned from that role of killing children by becoming the protector of Children instead of hunters. 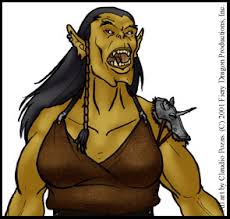