In the classical tradition, Hydrus (or Idrus) was a water snake that lived along the river Nile, although Pliny thought it was an otter. The hydrus enemy was the crocodile and the crocodile would roll the hydrus into the mud before it killed it. Once in the stomach of the crocodile, the hydrus would burst through the crocodile stomach wall. In medieval Christian tradition the hydrus became a symbol of Christ resurrection, breaking through the bounds of death after the harrowing of hell to emerge resurrected on Easter Sunday. This mythic reprise of the Egyptian story of Osiris, and of Hourus overcoming set. 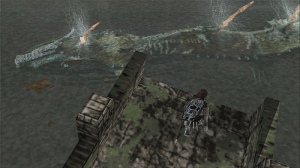