According to the Celtic traditions their beings were among the first races to inhabit Ireland in time before history was recorded. They were said to have the bodies of humans bit the heads of goats. The Gaborchend race perished in the early wars between monstrous Fir Bolg and the Tuatha de Daanan. 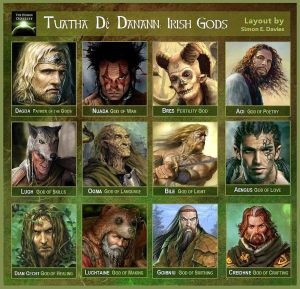