This is a type of monstrous dog is similar to the black dog of European tradition. The Keelut is described in the folklore and mythology of the Inuit people of Canada and Alaska. In this instance, it is referred to as being hairless and as is generally the case for such creatures the Keelut follows unwary travellers at night attacking them and killing them whenever possible. 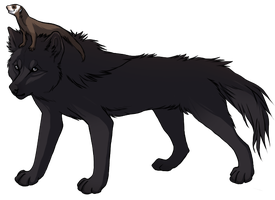