The Haida legend of the Pacific North West of the North America Sisiutl is a horned serpent or salmon with great fangs. It is depicted as a great head, with fangs that extend to create a huge body from which two snakes emerge. The gaze of Sisiutl is petrifying but, just as the classical warriors used the gorgon upon their breastplate, so Sisiutl is in league with the war god Winalagilis to assist warriors. 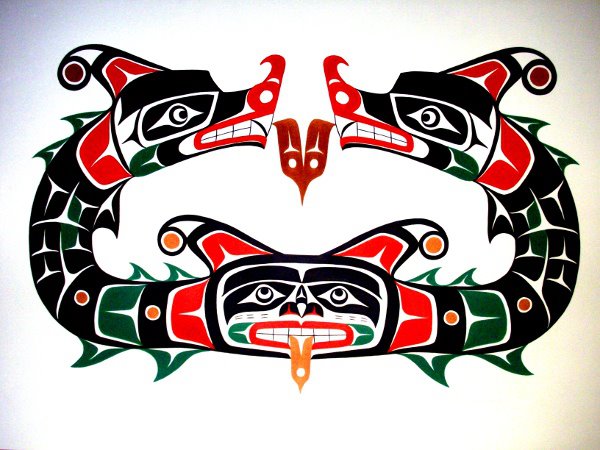