In the creation myth of the Nauru people of the South Pacific, the worm Rigi, helped Areop-Enap the Ancient Spider, create the earth and heavens by prise apart mollusc shells. His efforts were such that his sweat became the salt of the sea as he heaved them open. In other stories, Rigi was a butterfly who flew between earth and sea to separate them. 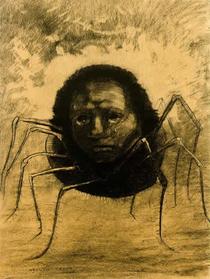